The sea trout at Kau Tapen this week reminded me of a girlfriend I once had, her early morning mood was generally bad and no amount of cajoling or sweet talk could bring her around. As midday approached her spirits would lift a little and a smile or even a kiss were not out of the question but as soon as darkness fell a whole new person would appear and the cranky tyrant that you had to tip toe around all day was as playful as a puppy.
We went our separate was in the end and to this day I could never figure out the reason for her daily mood cycles, as for the trout behaving in a similar fashion the reasons are straight forward, freezing over night temperatures made them slow and lethargic, as temperatures rose during the day they became more active and by nightfall they were happy to cooperate.
Obviously fewer fish were landed in the morning sessions but in the long run the figures balanced themselves, the simple reason being that more fish were willing to take the fly at night, having not felt the anglers hooks earlier in the day.
David and Kjell for Norway made the short trip over the fence from Aurelia lodge just upstream, to spend there second week in pursuit of these prized fish. David had a case of déjà vu landing the biggest fish of the week, a title he also received during his stay upstream. Kjell’s tales of big fish are far less joyous however, clumped by a giant of a fish on Wednesday night he returned the following evening for revenge only to be clumped for a second time.
Scottish pair of David and Lorne had been well informed of what to expect down here from their countrymen who joined us three weeks ago. They fished well throughout the week and we could well see their faces back here again in the near future.
UK couple of Jeremy and Zoe did what most first timers should consider and went to have casting lessons before arrival, they hit the ground running, landing fish on every session. The plaudits however must go to Jeremy who late one evening hooked a beaver by mistake, so impressed with the ensuing struggle he lobbed perfectly weighted casts in front of all other beavers who chose to cross his path, doing what all good anglers do, he waited for the line to go tight. His final tally for the evening was three hook ups, landing none as their fur is too thick and a proper hook set impossible.
Kiwi Jim, who first crossed our paths in 2014 was back again, it is quite obvious that this man has a bad dose of big fish fever, his two favourite destinations being here and Jurassic lake. Proceedings on his final evening of fishing did nothing to quench his appetite for big fish and in Max Mameav’s words “ lost two huge ones”. Family and friends but all living in different parts of the globe John, Joseph, Colin and Peter chose Kau Tapen as the appropriate meeting place to catch up on life and of course fish. All landing personal best in terms of size their decision to come was not one they are soon to forget or regret.
Numbers of fish again this week were consistent and the final figure was north of one hundred, in terms of size plenty of fish in the high teens were landed, the largest being 18 pounds but judging by the tails of woe around the guide table late at night this was certainly not the biggest hooked.
Graeme’s 24 pounder is still the fish to beat, lets see can we do it in the coming week. 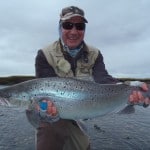 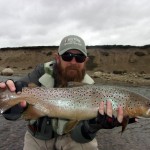 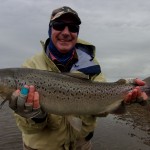 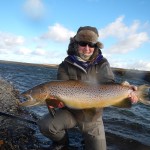 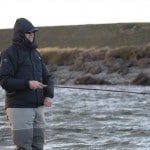 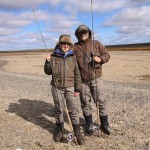 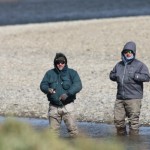 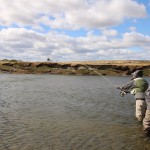 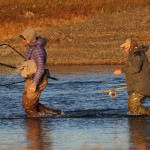 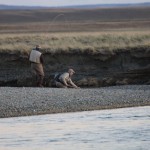 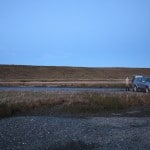