Fernando and his group of Argentine amigos joined us for a shorter than usual five days this week.

In the past this group has predominantly experienced high dirty water with the use of heavy colourful leeches being essential. So on the opening session of the week it was somewhat of a culture shock to suggest the use of green machines. Many of the anglers had never even seen this deadly creation, producing four inch long green leeches when asked did they possess one in their fly box. After four hours fishing all were convinced of its effectiveness with all anglers landing fish. Fernando had a particularly good session landing three fish, best of which was 14 pounds.

For the first morning session of the week we were greeted by foggy overcast conditions with absolutely no wind. It is probably the first time I have experienced such conditions on the Rio Grande and it was most eerie. Guiding on Hills beat with father and son, Ricardo and Ricardo, I got them fishing seperate pools and warned them that the only audible noise to be made was a whistle to indicate a fish was on such was the poor visibility and stillness of the morning. Not long into the session a short sharp shrill was heard upstream and I was off at full tilt, net in hand. Upon arrival the single handed eight weight was doubled over and the long lazy head knocks indicated a fish well over 10 pounds. A tedious battle ensued with the end result being a 20 pound hen fish for Ricardo jnr. Julio and Guillermo did well the same morning both landing fish in the teen’s.

A major drop in overnight temperatures midweek saw water temperatures plummet to four degrees celcius and the green machine tactic went out the window, colourful strips of rabbit fished super slow and deep was the new recipe for success.

Jorge, more comfortable fishing the big flies did well and landed several fish in the teen’s while his fishing partner Ronnie took things at a more relaxed pace and fished only now and then, travelling to the Chilean border one morning for some sightseeing.

The Menendez which at this time of year is stuffed with fish produced quite a few during the week, both Charlie and Quito capitalized using a combination of Sunrays and leeches.

Further cold temperatures at the end of the week brought temperatures down even more and our catch statistics suffered as a result, with fish only willing to take during the middle of the day. Our final group of the season next week will certainly be going deep and slow. 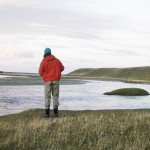 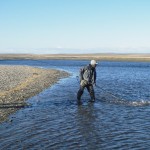 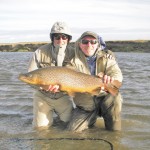 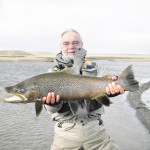 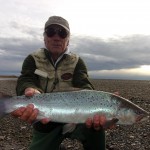 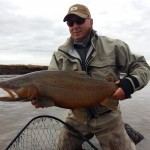 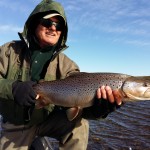 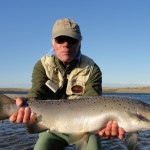 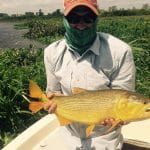 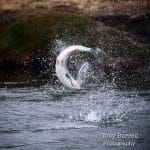 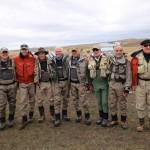 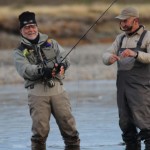 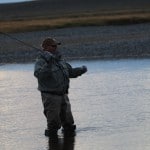 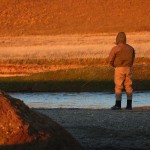 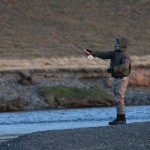 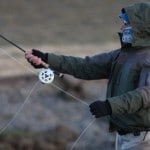 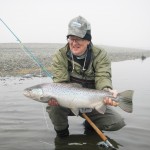