With borders reopening, we are excited to once again welcome international guests to Kau Tapen and the Rio Grande for 2021/22’ season! This year we had a number of new additions to the guide team including Leandro Herrainz (ARG), Valentin Bergese (ARG), Max Kantor (USA), and Christian Lindstrom (SWE). Returning were Santiago Villalba and our head guide Gaston Guglielminetti. As always, we pride ourselves on compiling a wealth of fishing knowledge from around the world in order to give you the best possible experience when targeting our sea-trout.

It is important that we scout the river before guests arrive in order to look for promising holding areas, changes from past years, and to determine what is working for the first push of fish. This involves walking, wading through, and trying different techniques through the Rio Grande’s 60 pools along with the Menendez River tributary over a ten-day period. Gaston arrived early in mid-December and while the other guides were in the midst of travel, tried several areas before landing a beautiful fish in Nirvana pool at last light to begin our season on a high note.

Once all the guides arrived, the process of scouting every beat began. We arrived at a river in good shape for mid-December. It was dropping from its high November levels and fish were first caught utilizing heavier Sink 8 tips and larger flies such as leech and sunray patterns. Sunrays were especially effective and Christian landed a great fish in the middle of Polo pool in our upper beats.

The following day fishing further down in our lower beats, Valentin and Leandro found fish in the Big Horn using S6 and S8 tips with a variety of flies. Meanwhile, Max and Christian saw a good push of fish lower down below Avalanche pool utilizing similar setups with intruders and sunrays, including some chrome fish fresh from the ocean.

Throughout the week the water was dropping and the setups began to get lighter necessitating longer leaders and smaller patterns. Gaston proved his knowledge of the river and picked up a few throughout the upper section on the famous green machine. As the water dropped, this pattern began to shine in both its original color and chartreuse variation. It worked well on both S3 and S6 tips depending on the pool and structure. While there was some rain, the river continued to drop steadily and the water temperature hovered in the mid-teens (C).

On Christmas Eve, all lodge staff came together to celebrate and introduce themselves over a fantastic barbecue. Here at Kau Tapen, we pride ourselves on our team spirit and it was great to take the time to kick off the season in style, while eagerly anticipating the arrival of guests again.

During the day throughout the latter part of the week, fishing became tougher and long leaders and smaller flies worked best. The fish began to settle into the pools as the water dropped and cut-bank sections of the river worked well depending on sun position. There was no best beat, but enough time on the water usually yielded success of some sort. As many of you readers know, the river changes as day transitions into night, and the trout become more willing to take a larger offering. Leandro proved this with a beautiful fish in Bighorn that was taken on a large black and chartreuse leech pattern after the pool had already been fished with a variety of other patterns.

An important part of our scouting includes our smaller tributary, the Menendez River. While this intimate river usually comes into shape later in the season, it is a great alternative to the Grande and often produces some of the largest fish of the season. Our scouting not only indicated that fish were present, but that some trophies had already made their way quickly into the many smaller pools and pockets. After only five casts into Bill’s Black pool, Leandro hooked a beast that sadly came unbuttoned after a hectic battle and a 50-meter run downstream. Not to be dejected, however, he landed a great fish just upstream in a pocket around the Yerba pool. It is great to see this small tributary working so early in the season and historically, it should only continue to get better as more fish enter the system!

Overall, the scouting week was a success with many river miles walked, waded, and analyzed. Lots of hard work went into preparing for our first guests, who arrived quite early in relation to years past. Usually, our season does not begin until mid-January, but from the look of things, the fish are beginning to arrive despite the low water. All of us here at Kau Tapen could not be more excited for guests to once again visit our lodge from around the globe after so much time of uncertainty and it is a privilege just to be back enjoying this special place. For current updates from the river, be sure to follow our social media accounts (@kautapenlodge and @nervous_waters). We wish you all a Happy New Year, and hope to see you soon on the river! 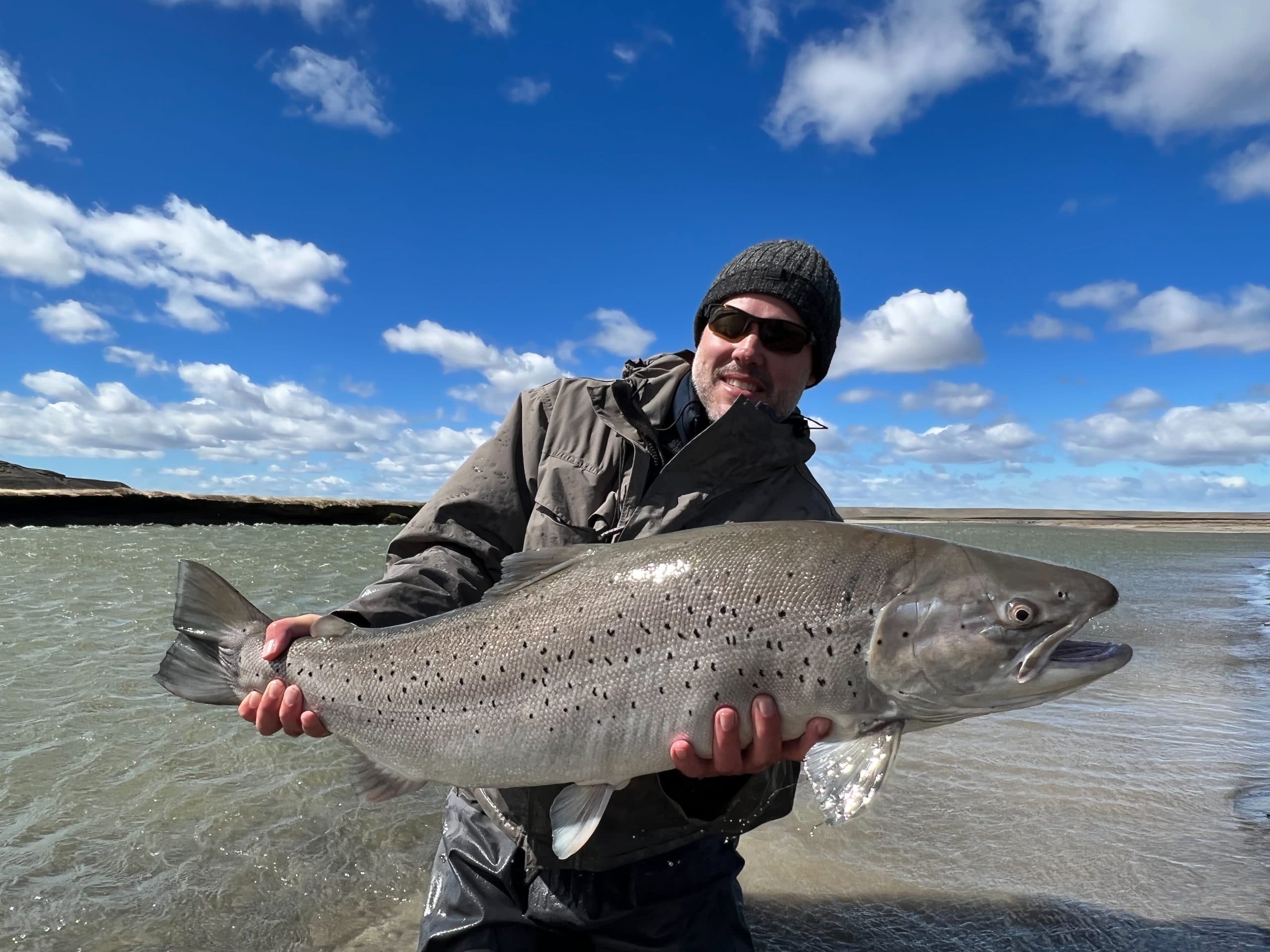 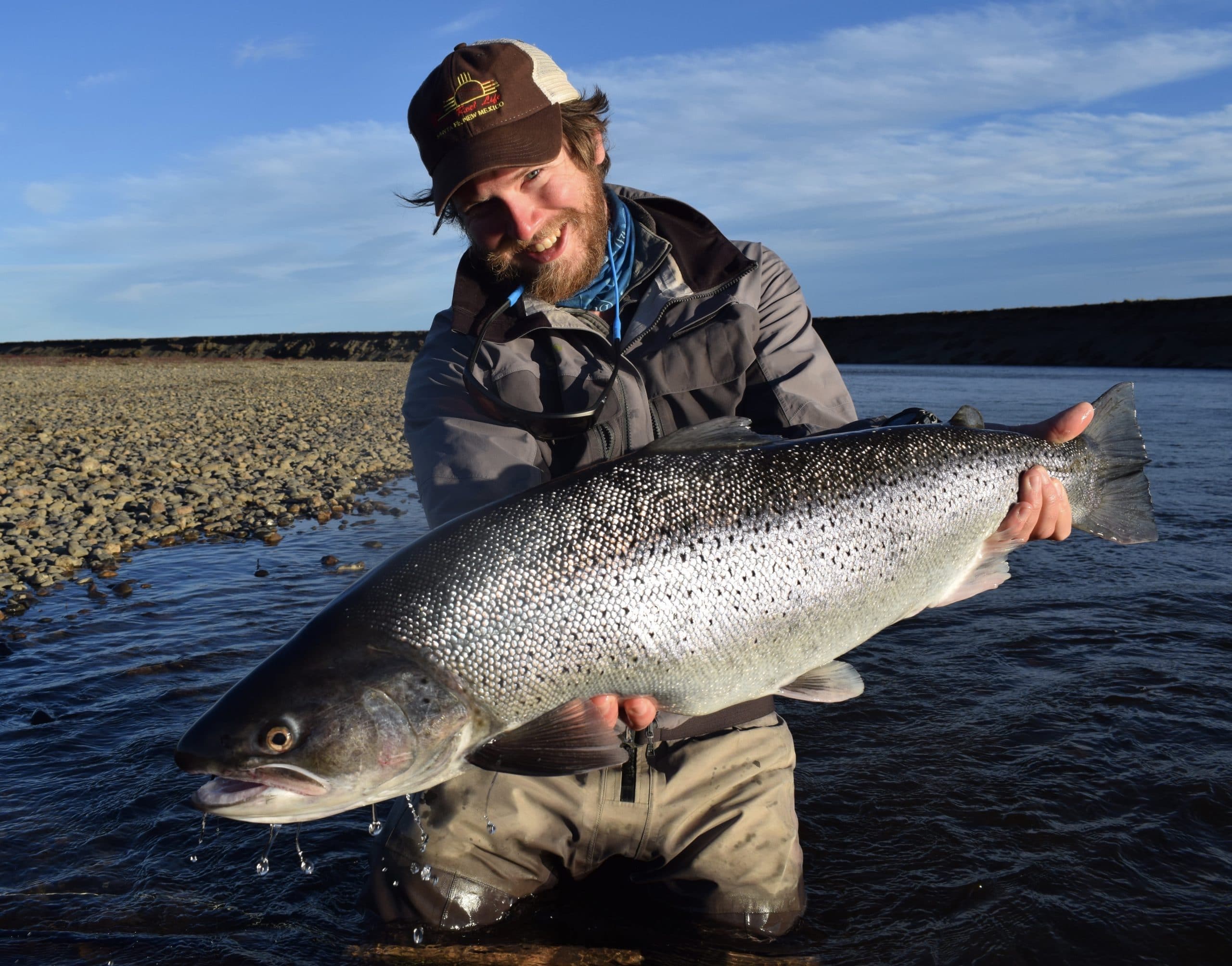 After a memorable first week with guests that was a bit earlier than we usually start our season, we found ourselves with anoth..