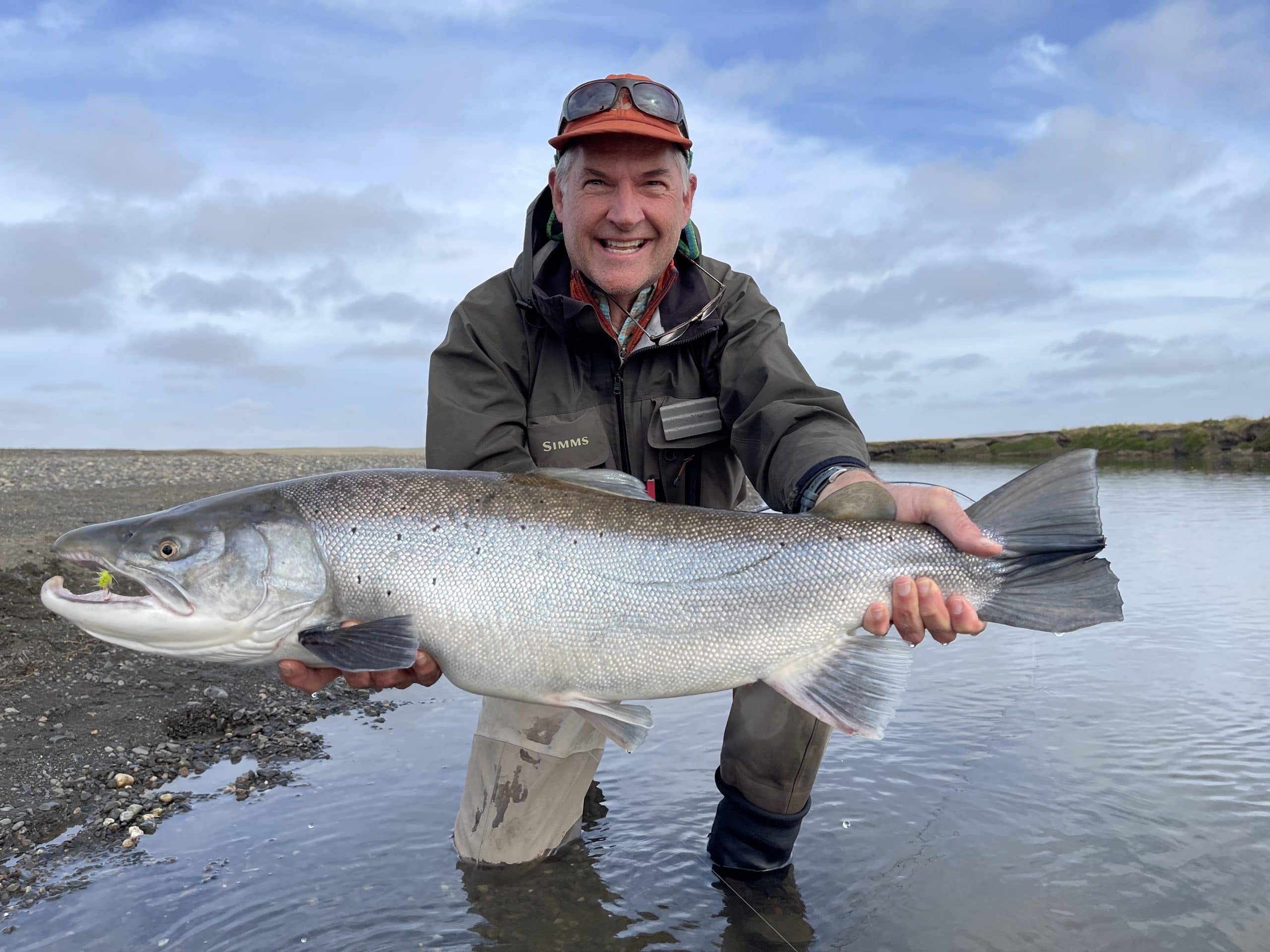 For the final week of the season, we welcomed guests from the USA, Argentina, and New Caledonia. The international groups from all around the world have been a pleasure to host this season and this week was no different.

A mix of veteran sea trout anglers and those brand new to spey casting and anadromous fish made their way to both our rivers that were steadily dropping and clearing. Conditions were in great shape except for the bitter cold that brought water temperatures down early in the morning. While the sun is usually one’s enemy when fishing for sea trout, this week there was a sharp increase in catch rates as the day progressed onwards and temperatures began to climb. There were certainly a few days with ice in the rod guides, sometimes all the way until noon. However, this did not stop our group and the Grande and Menendez gave up some fantastic fish to end our season.

Menendez was a standout throughout the week starting with Charlie’s 3 fish to 13lbs on day 1, while Martin also landed one of 15lb. Fish this size were seen regularly this week, as Francisco brought two to hand on the following day, along with solid fish for Rudesino and Martin.

As their week went on there was a notable increase in the fish quantity and quality and those willing to put in some time with the two-hander on the Grande or carefully pick pocket-water on the dropping Menendez were heavily rewarded. Ricardo started off this big fish streak by landing an 18lb beauty from the upper Grande. Then the next morning a 19lb fish was landed for Jaime in Menendez. The last evening will go down as some of the most prolific fishing for the season. First of note was a 19lb male for Matias that took him far downstream into the next pool before it was landed. Next was a beautiful chrome hen of just over 20lb for Ricardo in the Grande. Finally, Patrick landed the fish he flew all the way around the world for with guide Valentin- an incredible 92cmx 55cm 26lb hen in the Menendez.

This is quite the accomplishment for our smaller tributary and there were smiles all around after a lengthy battle. This is by far the biggest fish in the Menendez this season and will earn Patrick a spot on the famed “Menendez board” in the lodge alongside Yrki’s giant from the first week. The fish was also landed in a newly scouted pool this season, “Brooks,” which we have easier access to with an improved road system, giving us plenty of new places and the choice to hop between Menendez and Grande.

With the season coming to a close, we can now reflect on the fantastic few months that are in the past and look forward to next year. Following an uncertain time through the pandemic, we are happy to see our friends here with us at what is no doubt the best sea trout river on the planet. Kau Tapen is back and the fishing is incredible, but the team both on the water and in the lodge and our amazing guests from around the world are what make this place so special.

Thanks to all for joining us this season and we hope to see everyone again on the water soon!