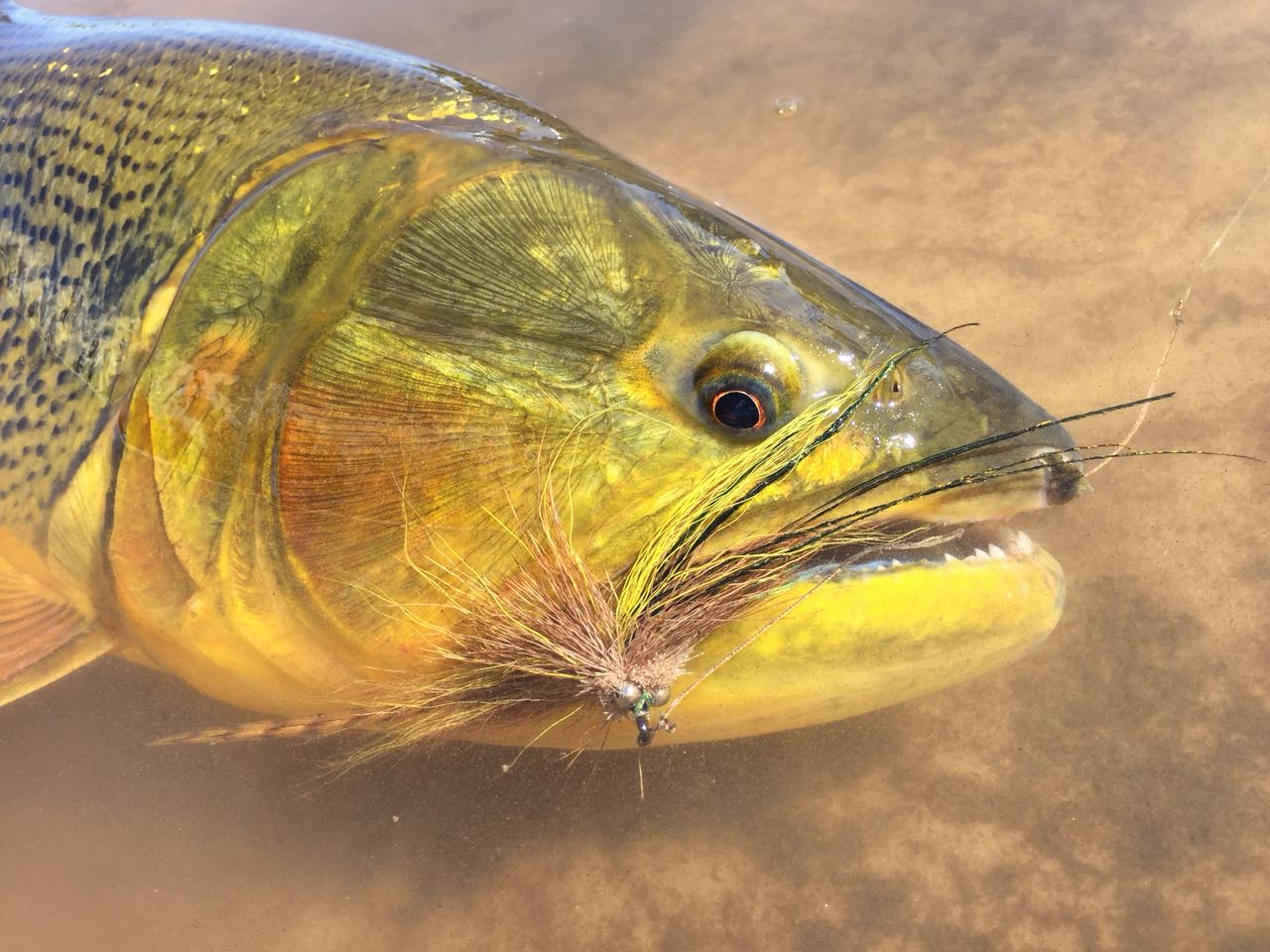 The second half of March began with late-summer storms that brought rain and cooler temperatures to the Marsh. The water clarity in some channels turned peaty. As the storms subsided and the water began to drop, the fishing for big dorado turned on.

During this timeframe we hooked two grande fish in the Corriente River; an 18-pounder one morning, followed by a 17-pounder later that evening. A couple days later, at Hilton Channel in the Marsh, Preston from U.S. found another 18-pounder!

From that point on, fishing on the Corriente became challenging. However, good fishing in the side-channels of the Marsh held steady. We also explored some water that been untouched for years. Historically, this zone has held large populations of willing dorado. It didn’t disappoint. These fish crushed our surface flies, mostly mouse patterns and poppers.

Toward month’s end, we welcomed an international group of anglers. These awesome friends included Padi from Ireland, Yesuke Saraya and his crew from Japan, Stephan from France, Enrique from Argentina, and Ron M. and Brett N. from the U.S.  Finally, Earl and Chad from HATCH MAGAZINE visited us. They had a tough start, but they ultimately prevailed and caught some great fish, which should make for a fun article on dorado fishing in the Marsh.

Now with the onset of fall, we’re seeing flocks of ducks nesting in the area, as well as various types of Ibis joined by other species of migrating birds. The wildlife in the Marsh is well protected, and most of the capybara, caiman and Marsh deer are not afraid of people.

As for the fishing, it’s been a month to remember. Dorado numbers remain high. And there are enough big ones around to keep things very exciting.