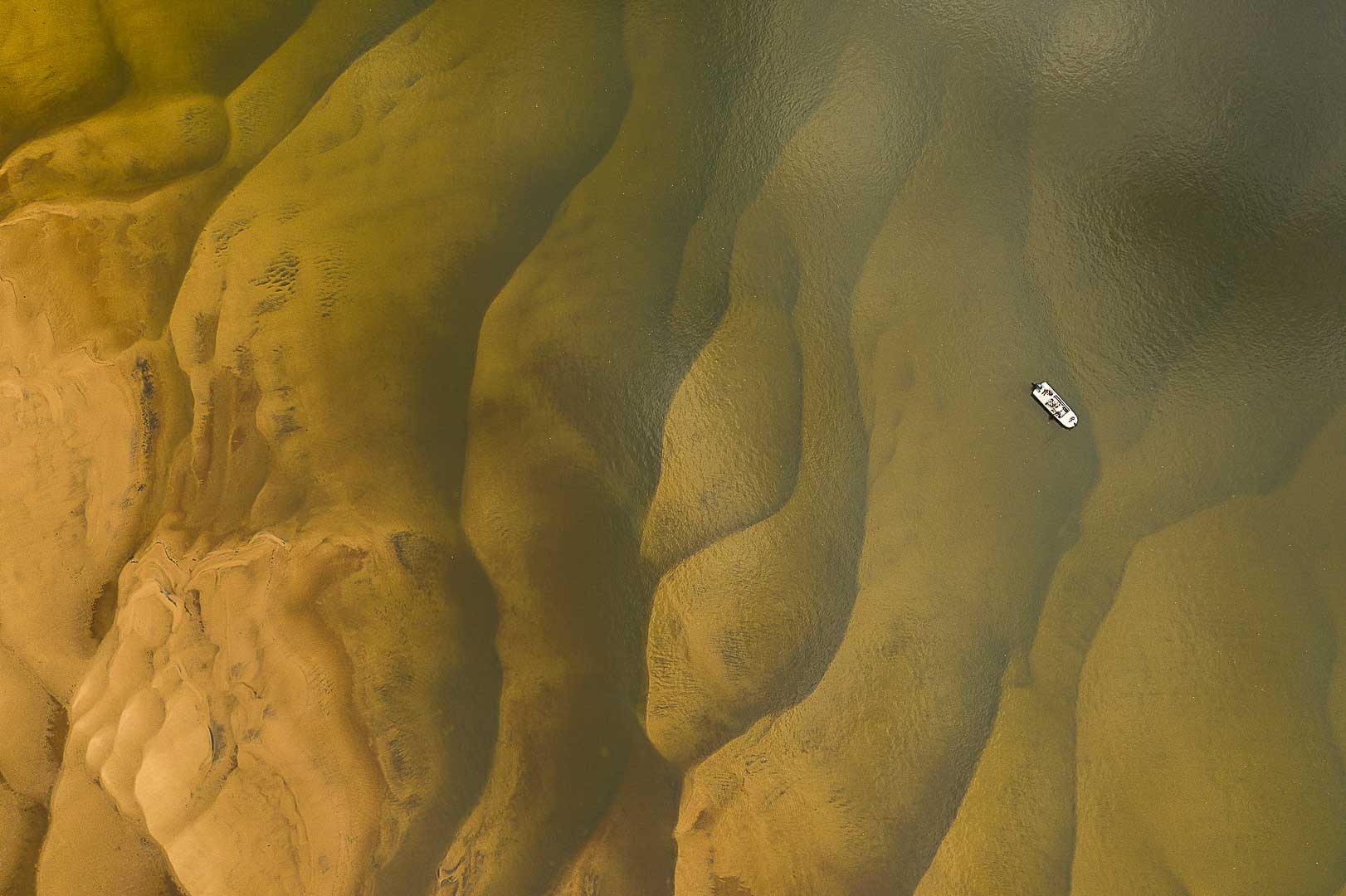 We opened Bairs’ Lodge for the fall season in September. We were fortunate that South Andros Island in The Bahamas was un-impacted and in fact untouched by Hurricane Dorian’s landfall on Abaco and Grand Bahama Islands. We actually opened earlier than initial expectations, to accommodate early season angler demand.

The fishing started off strong and remained strong until our early closure of the lodge at the end of March due to health and travel disruptions caused by COVID-19.

During October and November, the water temperatures seemed perfect, the fish were on the flats and they were happy. As the days cooled from the summer high temperatures, bonefish used the incoming tides to access the shallow, skinny flats of the southern keys. They were foraging on the flats in substantial numbers, actually moving towards well-presented flies. Fish counts were relatively high. Most days had some clouds, partly sunny with some afternoon rain. When the clouds came in, the majority of our clients relied heavily on the knowledge of tides and the eyes of our highly experienced guide staff. We endured one strong storm in late October that impacted the fishing for several days.

December and January were dry. The clear high pressure and sunshine provided excellent visibility on the water and specific sight-fishing opportunities. There were several “cold fronts” of north winds that lowered air and water temperatures to the mid to low 60’s into early February. During these north winds, there were less fish on the flats, but the fish that showed up were substantially larger averaging 6 to 8 pounds, sometimes larger. The average fish of 3-to-5 pounds during the cooler months mainly stayed in deeper water on the edges of the flats where they could find more consistent water temps. Our strongest winds of the season occurred during the first week of January, mid-February, and early March. During these higher wind events, we moved the boats to the protection of Little Creek and the fishing grounds were reduced to the protected areas of Little Creek and Deep Creek. Even during the strongest winds, we were able to launch boats and found success, although limited with lower yields and wading in the lee of wind direction.

During flood tides our guides focused on the deeper water edges of the southern flats and western cays, targeting schools of bonefish. When the schooling fish were discovered, the fish counts could be outlandishly high. Around the schools, you would find sizable predatory barracudas and sharks. We targeted the barracudas on the fly with thin green needlefish flies and flashy Deceivers. Clients also used large barracuda tube flies on light spin tackle – that was highly effective.

During the absolute lows or rapidly dropping tides guides patrolled the mangrove edges. By focusing on the edges where water would be draining from the abundant mangrove wetlands of the west side, several large fish were hooked. Some were landed, but many lost to the mangrove forests.

The general strategy was to patrol the mangrove edges on the low and falling tide; switch to the hard sand, white flats on the push of the incoming tide, and if a flood tide was expected during the fishing day, search for the larger aggregations of schooling fish. The most successful on larger fish occurred as single or small groups of bonefish were encountered riding the flood of water on an incoming tide. These singles & doubles were found on the large southern and west-side flats. Most of the large schools were discovered in the Water Cays in the south and also on Leaf Cay and Long Cay in the west. During periods of high winds, our guides had success in our multiple creek systems, especially Grasse Creek, the middle ground of Little Creek and way back in Deep Creek. Perhaps the fish of the season was caught at the mouth of Dodem Creek on an outgoing tide, as the fish exited the small creek.

The most productive fly patterns were the classic Pearl Gotcha with a tan wing, Tan Mantis, EP Spawning Mantis, Meko’s Special, Squimp, and other variations of classic tan ghost shrimp profiles. The guides reported that bright unnatural flies did not seem to attract the same caliber of fish as natural patterns.

We continued to look for and develop our permit fishery. We saw more permit early in the season when the water was warmer. I personally saw 2 separate Permit on the riding on the backs of two separate rays in early March and had a good shot at the fish. That black-tailed devil came off the ray towards the fly, but it did not eat. If we were not forced to close the lodge because of the coronavirus, I believe we would have seen many more Permit in the late spring and early summer as water temperatures rose.

We will return to Bair’s as soon as we are able, with a continued focus on the health and safety of our guests and staff. Thank you for an excellent, yet abbreviated, September 2019 – March 2020 season. We hope you are healthy and well in these uncertain times. We would love to host you at Bair’s in the future. 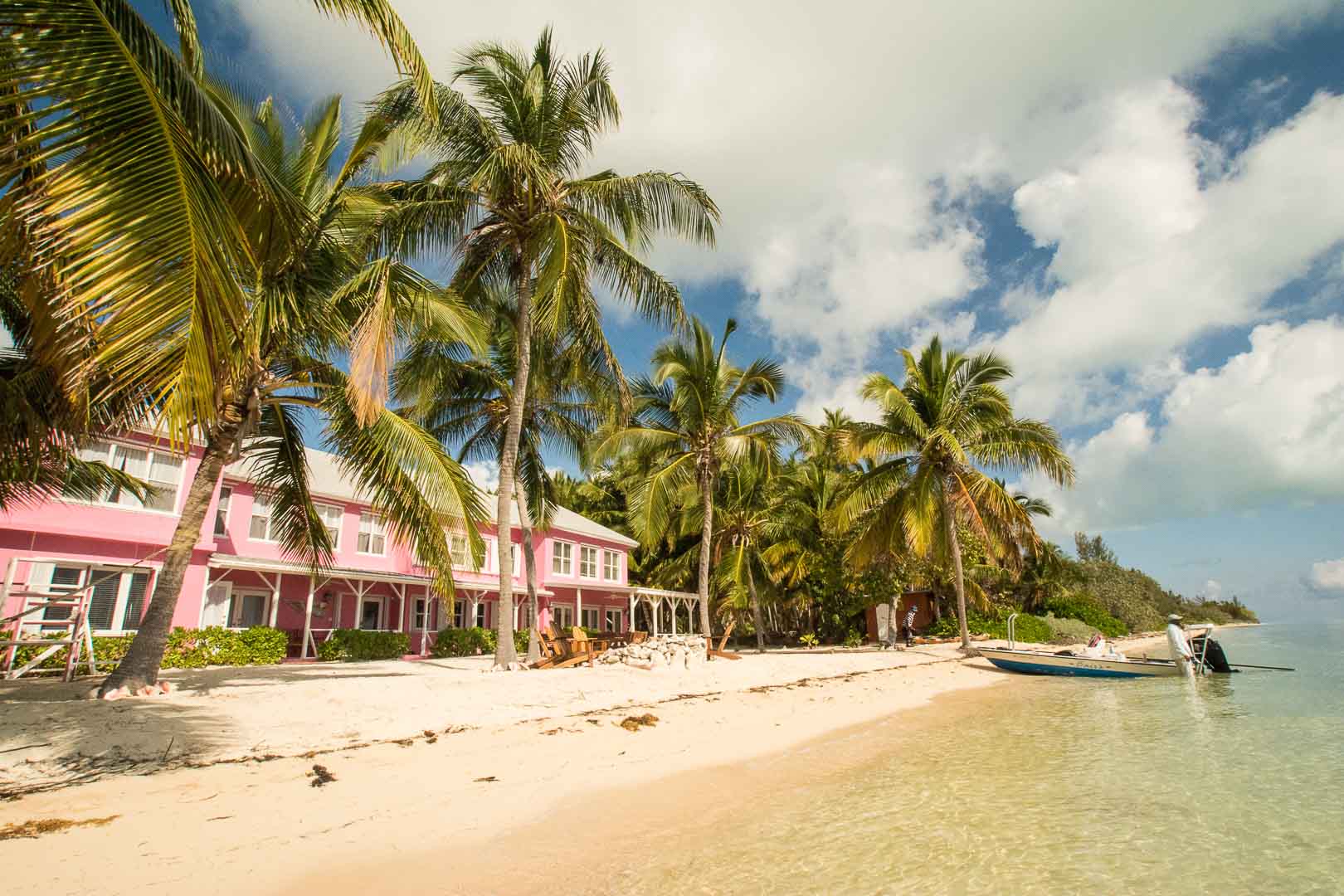 Anglers haven’t stepped foot on the soft sand flats of Andros in months. It’s been fifty years or more since these fla..