The Parana River was much higher than usual to start the season due to heavy rains in Brazil and northeastern Argentina. But lately it’s been dropping into form and conditions are improving.

Migrating schools of dorado have been pushing baitfish upstream, moving quickly along the banks and attacking wayward sabalo. We’ve had success tracking their movements and targeting the feeding frenzies throughout the day.

Pira pita fishing has been fantastic on mouse patterns, Chernobyl ants, and other large dry-fly imitations. Fish size is better than it’s ever been. Pacu fishing has been more difficult, on the other hand. But as river flows stabilize we expect the action to escalate, especially when the fruit starts falling more frequently providing more opportunity for pacu to feed on top.

In addition to the above-mentioned species, we’ve already landed four chafalotes this season—an amazing (and rare) freshwater predator to catch on the fly! 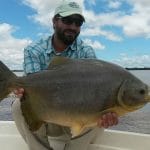 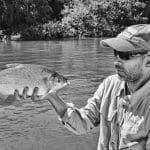 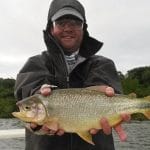