February 18, 2016 | Admin
| delta lodge | dorado | fishing report | golden
After an up-and-down season for dorado and tararira due to flooding in the north, we’re finally seeing some stability and promising fishing. In late January, we hooked the biggest dorado we’ve ever seen in the Delta. Unfortunately, he spit the fly during one of several stratospheric jumps. We guess it was a 16+ pounder. That’s a great dorado anywhere, but especially this close to Buenos Aires.
In addition to some great dorado fishing, we had some excellent tararira activity… followed by no activity at all. Big contrasts.
High waters in the northern end of the basin pushed plenty of baitfish into this zone. Much more than in previous years. The volume of juvenile pira pita has also been impressive. If they stick around until the end of the season, it’ll be a blast to fish for them on light tackle and with dry flies.
At this point, we’re expecting an awesome late season as long as current conditions persist. And it’ll be an even more interesting next season. 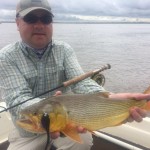 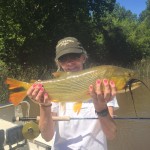 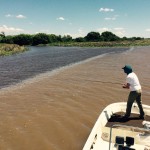 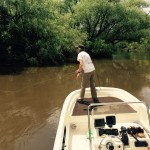 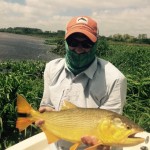 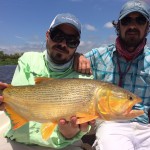