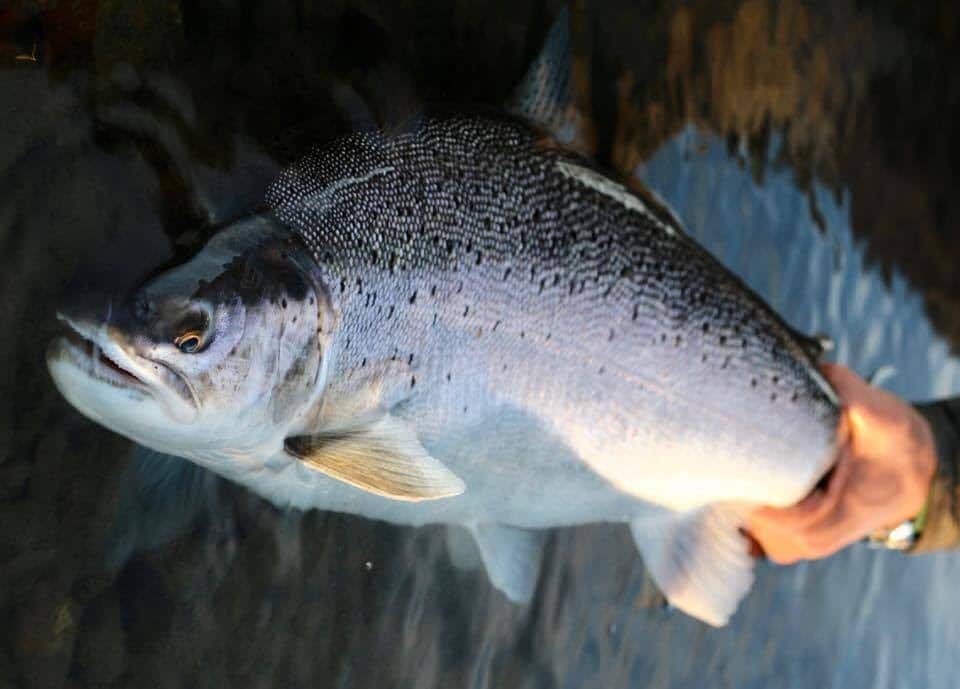 “The perfect week at the perfect lodge with the perfect guides.” That’s how one of our returning guests, Axel, described Week 3 at Villa Maria Lodge. So what does perfection look like? Let’s start with a 10-fish warm-up session that included a 24-pound chromer. And let’s follow that up with a tapas night featuring savory tastings from our chefs to end a great day. Now that’s hard to beat!

Could it get better? You bet. As Wednesday’s river sessions were coming to a close a gentle voice over the radio advised, “Put the champagne on ice… 30-pounder landed.” A fish that size is what Axel’s been chasing for 12 years at Villa Maria. He had finally achieved his goal!

Overall, the fishing was excellent during a week that presented some less-than-stable weather. The river remains quite low despite a few showers, and water temperatures have been averaging 8-16 degrees C. (46-61 degrees F.). With those variables in mind, we experienced some skittish fish. But in the end, they were convinced to eat. And nymphs, both weighted and unweighted patterns, mostly without flash, proved to be the fish-catching ticket. On several occassions, nymphs dead-drifted just below the surface produced some outstanding takes—very similar to how’d you fish for resident river trout. Long and, as delicate as possible, leaders were also key.

Largest fish of the week: 30 pounds

Certainly a week to remember for all of us!