For me one of the major attractions to fishing for sea trout on the Rio Grande has always been the ability of the river and its fish to put the angler to the ultimate test. If you do not have “your shit together” as a former guide used to say, you will experience frustration, the feeling of inadequacy can burn through your arms as each cast fails to land in its desired location. Its not all doom and gloom however as each session passes your ability improves and you slowly begin to conquer your demons. Your confidence rises once things start fitting into place and that burning sensation turns to pure elation once your line goes tight and you feel thoses first couple of head shakes. I feel a greater appreciation and sense of achievement is  obtained by doing some hard yards at the start of the week rather than nailing fish from the get go.

The Rio Grande certainly made our guests appreciate their fish this week as gusts of 80 kmph were experienced on the opening session. The river was transformed into a sea of white horses and for the first session of the season all guides returned for siesta empty handed.

A significant abatement in the wind for the evening session allowed us to restore some parity on the scoresheets. Italian angler and Kau Tapen regular Andrea managed to land three fish, the biggest of which was 13 pounds, while his fishing partner David landed the fish of his dreams a beautiful 19 pound female.

On the same evening Bernard here for his second week had a 19 pounder with the current big fish specialist Diego.

Monday morning saw the wind causing more havoc, blowing from a North easterly direction which makes many of our pools extremely difficult to fish, the anguish was beginning to show on some of our anglers faces and I am sure some guys felt they had bitten off more than they could chew travelling to the end of the world to catch huge sea trout only to be defeated by the wind. Thankfully more amicable weather conditions greeted us on Tuesday evening and these remained with us for the rest of the week. With a greater percentage of flies landing in the target zone the trout began to co-operate.

Johannes and Henrik both heavily involved in the fly fishing scene in Iceland had six super hot sessions landing twenty two fish, the biggest of which was 16 pounds.

Londoners, Nigel and his son Ryan formed the nucleus of a seven man group that fish in Iceland with Johannes and Henrik every year. So impressed with the the experience they had here in Kau Tapen, plans are already at an advanced stage for a return trip next season.

The father and son pair, here to relax as much as fish, provided yours truly with the perfect St. Patrick’s day surprize. The morning of the 17th was deemed too wet and cold to go fishing so all three of us remained warm and cozy in our bedrooms much to the dismay of my fellow guides who retuned wet and miserable from the river.

Fishing partners David and Patrick were like sponges during the week always willing to learn a new trick or try a new tactic in order to put the odds in their favour, their attitude was rewarded throughout the week both landing personal best and many other fish besides.

Diego’s hot streak of big fish prevailed on the last night of the week landing a 20 pounder with Henrik, the particular pool in question has remained nameless for years so we thought it only fitting to ask the angler involved for a suggestion, Kassow’s is now the name of that deep slow water above Athol Rocks.

Although wind did prove a problem early in the week, temperatures are remaining quite high for this time of year which is always a bonus as it prevents the fish from becoming lethargic. Increased rainfall is also rising the river at a most perfect pace as we have yet to have experience dirty water.

Early indicatiions form the current weeks fishing suggest that the fish are still in the mood. 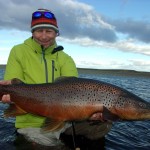 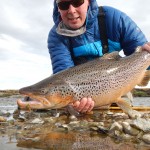 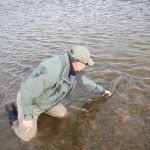 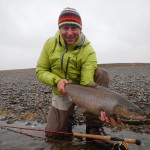 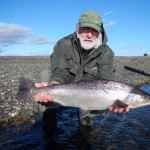 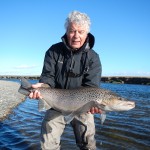 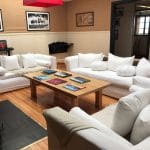 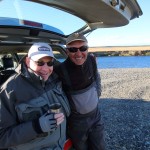 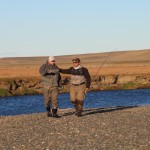 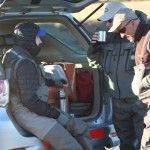 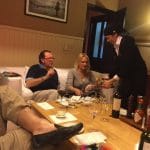 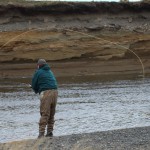 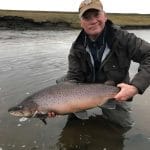 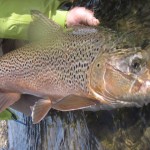 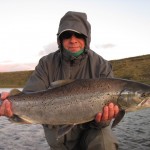