Unseasonably warm weather this week was a pleasant surprise, keeping the water temperature high and the fish in a relatively good humour. Many weeks particularly at this time of year have been destroyed by cold and dirty water.  The conditions lead to the opening day of the week starting with a bang with just eight anglers hooking forty fish of which twenty nine were landed.

Father and son team of Roberto and Fransisco from Argentina had differing fortunes on both sessions, Fransisco saw all the action in the morning landing a total of three fish while it was his father Roberto who account for a total of five in the evening.

Argentine guest Christian came equiped with a single handed set up but strong winds early in the week saw his guide suggest the use of a double hander, the speed at which he grasped the technique was astounding, experienced anglers find the single spey difficult to master at times but Christian was at the stage of fine tuning after just twenty minutes. His new found talent ensured he landed fish after fish.

His fishing partner Ed from the States joined us for his second season in a row, having only taken up fly fishing in recent years this guy has become a complete addict making multiple trips each year to destinations such as Kamchatka, Alaska and here. Although he failed to beat his personal best of 22 pounds from last season a not to shabby 18 pounder with Andrei has no doubt ensure his name will feature on the team sheet next season.

Fishing partners for many years Arnold and Steve from the States were here for their first time. The pair were a complete pleasure to guide, relaxed anglers of considerable talent their expectations were set at just the right level, willing to do a little hard work to catch some exceptional fish. Their approach reaped its just rewards and their score sheet of fish over 10 pounds read as follows, 10, 11, 11, 10, 10, 12, 13, 15, 15, 10, 21, 15, 14, 10, 17.

Joe also from the States was here with his camera man in toe to make a short movie about the regions trout as well as its food. A single hand enthusiast as well as left handed made for some tricky casting situations but with plenty of patience and persistance he got the job done and managed to get some great footage of these leviathan trout.

Complete novice anglers Edjuardo and his son Vicente joined us for a short visit of just three days, helping a youngster catch his first ever fish is probably the most satisfying situation for a guide to experience on the river and Vicente’s fish of 7 pounds as well as his reaction to landing it, is one I will remember for many years to come. His father took a little longer to break the ice but the same jubulation was experienced for his first fish with Max.

Friday evenings session saw Legendary Kau Tapen guide Max Mameav complete yet another season on the Rio Grande. A most insightful person to guide alongside we look forward to seeing him here again next season.

A final push of fresh fish through the system this week has stirred things up once again and with temperatures holding in the teen’s our final two weeks should remain productive. 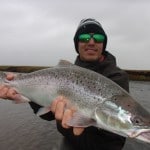 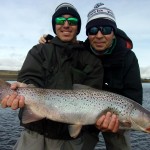 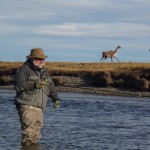 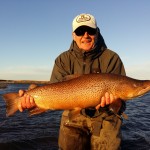 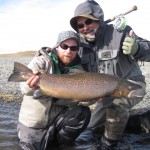 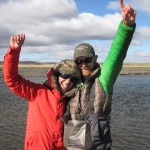 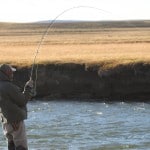 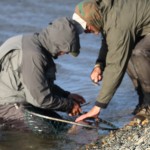 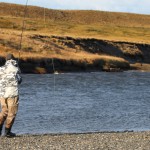 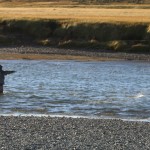 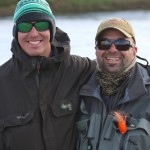 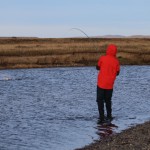 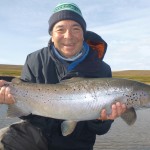