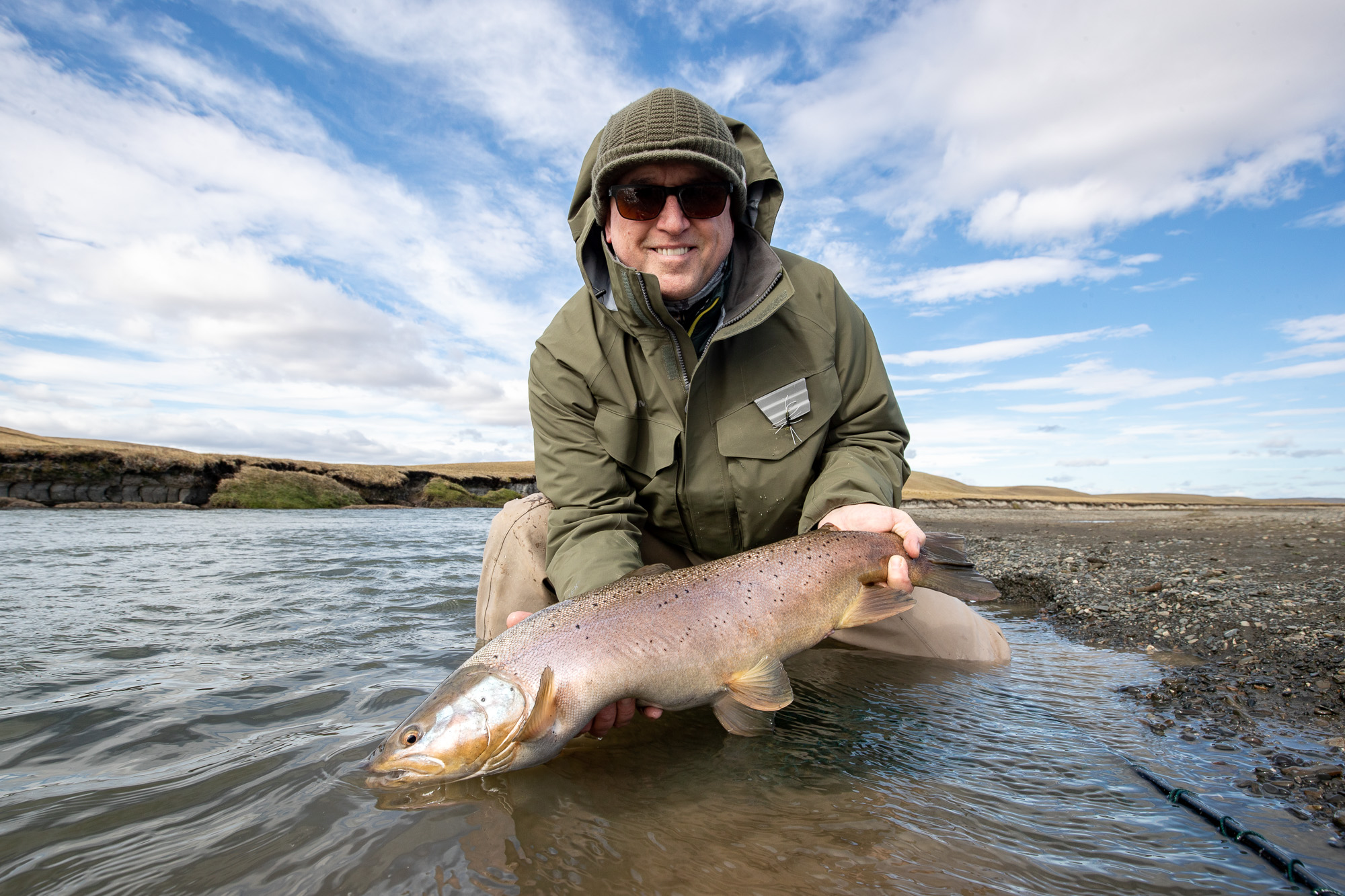 While we were sad about our Italian friends from last week leaving, we were just as excited for our new group to arrive. Especially with the weather forecast, that predicted heavy rain for Saturday and Sunday – not only here, but most importantly in the mountains.

When our new group arrived in the evening on Saturday, it had already started raining. Enrico, Joe, Paul, Robert (Bob), Charlie and Kevin, who all came together as friends, and some of whom had fished here before a couple of years ago. Peter and Cam, who came here straight from a week of Peacock fishing in Colombia and were looking for a change-up in weather and pace; Virgil, who would be with us for his first time and who was completely new to this kind of fishing; and Robert, who had been to the Rio Grande five times already, but never with us here at Kau Tapen. We were all keen for the week to come and to show all of our dear guests a great experience.

The rain never stopped at night and persisted throughout the entire first fishing day. It was a rough start in the pouring rain, and the morning only produced “smaller” fish. The barometric pressure was down and the fish were not really active.  But the evening proved to be more prolific and some good fish could be hooked. Amongst them a 17 lbs for Joe and a great 18 lbs fish for Robert.

On Monday morning, it had stopped raining and the sun peaked though again. While the Rio Grande had a slow start again, the Rio Menendez produced once again some amazing fishing for Bob and Charlie. Amongst the 4 double digit fish they could land during their morning session, two of them were over 20 lbs! And in the evening, the tributary kept on giving and produced more big fish up to 17 lbs for the team.

The fish could feel that something was about to change in the water – that at least would explain the tough fishing in the main river on the first two days. And on Tuesday, we woke up to a much bigger river. The water had come up about 1,5 ft. and was still rising. About 10 inches of visibility – not great, but enough to get creative with some bigger flies: Heavy tips and big intruders or tandem tube rigs. Although it was hard to find the fish on that third day due to the murky water, the one’s we did find were big and angry. Robert started his day with a 19 lbs and an incredible 22 lbs fish, while Peter could land a perfect 18 pounder. But the water was still rising and muddying up until the point, where even large flies were not finding the fish anymore. Only Cam managed to land a proper 15 lbs specimen during the evening.

The peak of the high water reached us on Thursday. The visibility was down to only a couple of inches and the fishing in the main river was close to hopeless. But luckily, the Rio Menendez was not affected by the high water too much and was also clearing up much quicker. While fishing on the main river was quite the struggle, the Menendez was once again a blessing and fished extremely well under these conditions. Joe and Bob had an amazing evening on that little tributary with three dream fish landed: a 17 lbs and a double hookup of a 16 lbs and a 21 lbs. Especially in extreme water conditions like these, the Rio Menendez is so much more than a nice “add-on” to the main river.

Luckily, the water had already started to drop overnight and seeing the river on Thursday morning brought new hope for the last two days. While the clarity was still compromised, it was just enough for the fish to track a large and pushy fly. And usually, the fish will be more active in dropping/clearing water than in rising. Although casting heavy tips and large flies was more of a challenge especially for our spey casting beginners, it payed off on these last days. Robert was able to land another nice 18 lbs while Virgil managed an awesome 14 lbs from the same pool. And while Charlie landed another outstanding 19 pounder, the fish of the day came in for Bob – a remarkable 22,5 lbs hen, that would remain the biggest of the week!

Severe fluctuations of the barometric pressure unfortunately put the fish down on the last day, especially the bigger ones. Although there were some nice mid-sized fish landed over the course of the day, the big ones did not want to play along. However, Robert put in a lot of work and managed a nice fish during his last evening, a spanking 16 pounder that ended the week on a good note.

A strange week (considering the fishing) comes to an end, and despite of the challenging conditions, I think we all can be quite happy with the overall results. Despite of two days of very murky water, the group was able to land a good amount of fish – including a good number of very big fish.

The clearing water and the full moon that we had midweek brings hope for the next week to come. A new run of fish should be entering the river just now and with the little push of water during the week, they should be able to make it into our beats quite easily!

A mixed group of anglers, from different places with different backgrounds, united here by the same passion, chasing the same dream. It is always nice to see these different people find their way together along the week, sharing drinks and becoming good friends. I am certain we will be lucky to host most of them again in the near future. We are certainly looking forward to it!