Reading people, specifically anglers is a talent all guides acquire after just a short time guiding, as my ghille back in South Kerry would say “ is not needed but paying close attention to the adjectives they use usually gives the game awayhe week, however  you can tell by the way they walk down to the boat whether they are any good to fish or not”, of course this refers directly to talent which ultimately affects the anglers success during the week, however success does not have to determine how much an individual angler enjoys their week.

This is where reading your guests goes to the next level, a degree in phycology is not needed but paying close attention to the adjectives they use usually gives the game away. “I need to catch a fish this evening”, as opposed to “I would like to catch a fish”. Kau Tapen guide Diego, with his limited English (a good deal better than my Spanish) uses what I feel the perfect adjectives when it comes to fishing, his catch phrase has become ¨maybe I have the opportunity and possibility to catch a fish in this place¨, for all anglers, no matter where they are fishing this is a super approach to take. Needing to catch a fish is like buying a lotto ticket in order to pay your next mortgage instalment, you will be over the moon if it comes through but there is an even bigger chance you will be disappointed with the end result.

Timo from Sweden was our most anticipated guest of the season, somewhat of a father Christmas to the guide team he had in his possession a large order of Danielsson reels which we had ordered, needless to say we were like children around a Christmas tree upon his arrival.

French pair of Andre and Bernard landed five fish going big and deep for their morning session in Boca. This is their first week of two here with us, they will certainly have every inch of water fished by the time they leave this Saturday.

Bobby and Scooter form the States usually time their visit to coincide with Paddies day where the pair and yours truly are accompanied to the river by Mr. John and the Tri colour, arriving a week later this year Mr. John stayed in the lodge.

Diego´s opportunities and possibilities turned into realities for his guests on Wednesday night as Timo and his fishing partner Peter had the session of their dreams, landing four and three fish respectively. Peter´s fish are of particular mention, travelling to the Rio Grande in search of a trophy trout for the past few seasons he finally broke the 20 pound barrier in Frenchman´s only to catch one four pounds heavier less than thirty minutes later.

The other Scandinavian pair of Trond and Ivor also did well during the week, both landing fish in the high teens, in fact an even greater proportion of larger fish started to show interest late in the week with a further 20 pounder (22) landed on Thursday.

Villa Maria regular Gilbert decided to travel further upstream this season to see the differences between the upper and lower stretches, his most memorable fish however came on a completely different river as his guide brought him to the Menendez, fishing a switch rod for the first time he hooked into a super fresh 13 pounder and as fish usually do on the Menendez it went BANANAS.

His fishing partner John from Cardiff, Wales was no stranger to sea trout, fishing the renowned sea trout rivers of Wales. He had spent less than an hour on the Rio Grande when he had broke his personal best fly caught sea trout, the trend continued all week.

Spawning is now firming on the sea trouts agenda and a fly swung at the right time can aggregate those bigger fish into a take. The biggest fish of the season should be caught in the next week or so. Bigger densities of fish in the Menendez is also giving us another great option to catch some super fish in small water.

Without a drastic change in conditions we will have the opportunity and possibility to catch some great fish. 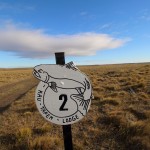 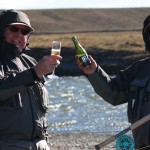 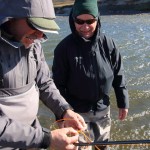 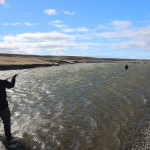 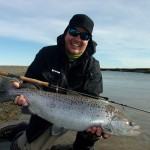 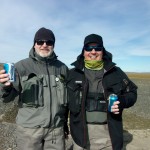 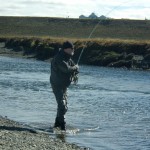 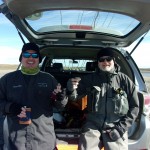 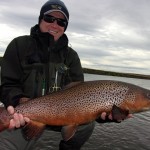 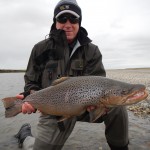 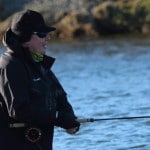 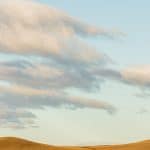 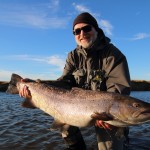 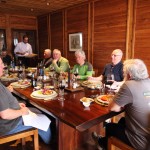 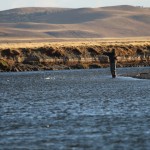 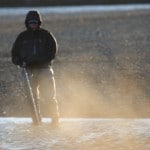 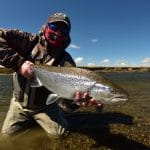