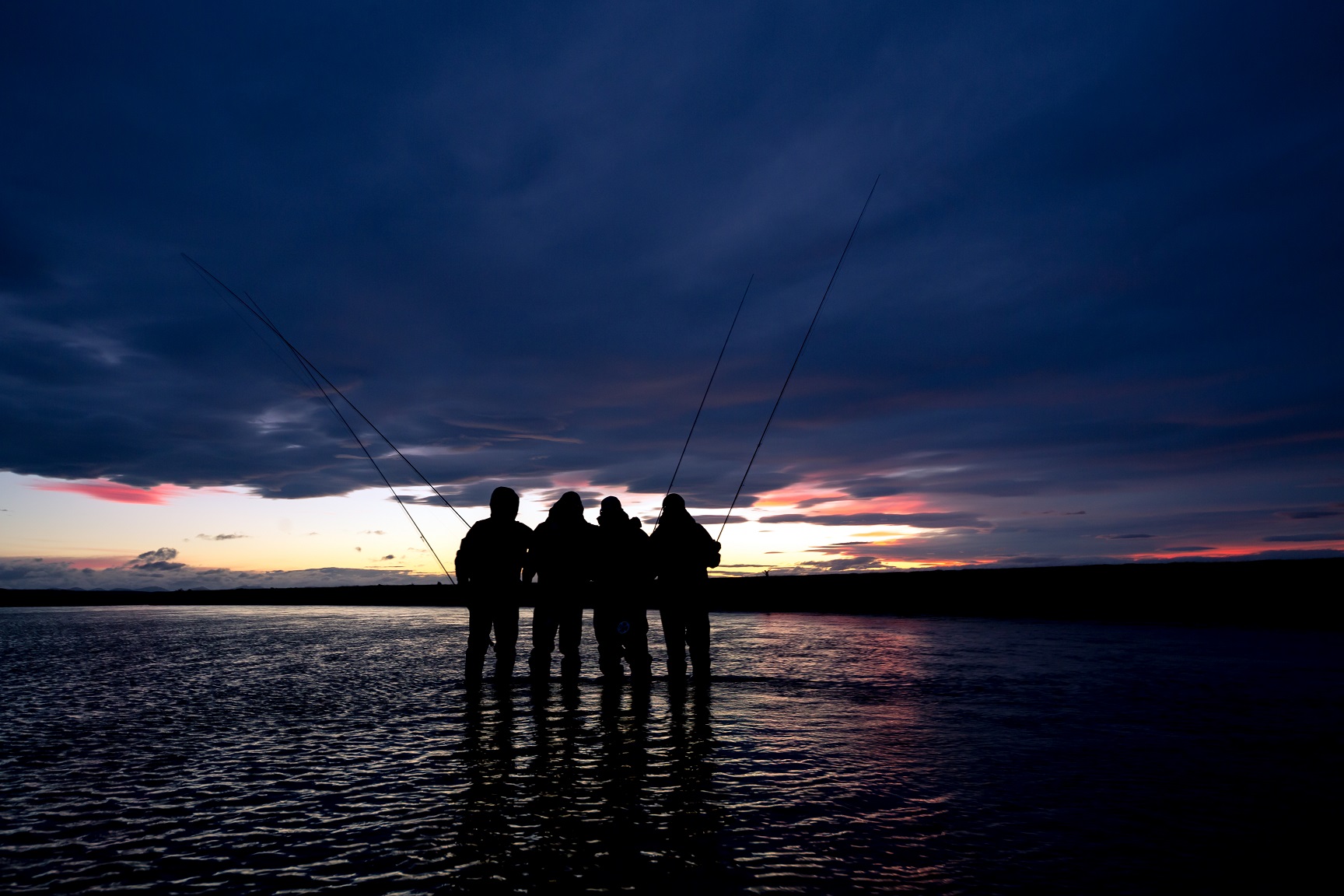 The headline “Teamworking” may come as a surprise to some readers. Fishing tends to blur the lines between recreational joy and the diehard reality of numbers. Some of us count fish, others like to record the length and weight of prize catches. And really, there’s nothing wrong with chasing more and bigger fish.

The late Mel Krieger referred to fly fishing as, “solitude without loneliness.” And no coincidence, he coined that phrase on the Rio Grande, a river that fueled his endless pursuit till the end. This solitude we’re all seeking may also be the reason why we develop a one-man-army attitude when we’re on the water. But inevitably you’ll find times when you’re not alone. And this is when working together can really pay off.

The idea of claiming team rewards seems odd, even to myself. But hear me out. If I’m fishing with other anglers, I always pay attention to the strongest rod in the group. That’s because I’m always up for a lesson. And that’s the beauty of this game: there’s always something to learn. Sea trout and Atlantic salmon are migratory fish with minds of their own. Their behavior is dynamic and their moods are ever changing. So it can help to have two “thinking” rods on the same piece of water, testing different theories and experimenting with different approaches.

Let’s assume you have teamed up with a capable rod. You happen to be fishing behind him or her, covering the same water. Whether the rod in front of you catches a ton of fish or nil doesn’t matter. But would you cover the same water with the same line and the same fly again? Hoping for the same or a better result? You shouldn’t.

Teamworking a pool means maximizing the chances for both rods by collaborating on a strategy. Under normal conditions on the Rio Grande, it makes sense for the first angler through the run to go light: a single-handed rod with a floating intermediate-tip line and a small Sunray Shadow. This searching setup is followed by the everyday grinder: an intermediate + sink tip rig on a light/med spey/switch rod rigged with either a nymph, woolly bugger, or small bottle tube. Finally, the heavy rig comes third in line: a 350-grain sinking line or an intermediate Skagit rig with various T-tips and some vicious intruder/leech flies — a combination that will virtually sweep the fish out of the pool.

Unless hell and high-water breaks loose, fishing upfront with the heaviest rig violates the code of piscatorial correctness. Especially if a seemingly featureless pool dictates a top-to-bottom approach. Migratory fish sometimes show odd behavioral patterns, often driven by strong group dynamics of the fish within one pool. If you follow the routine and work the pool with the subtle approach first, and the heavier rigs second, chances are you stir up the water in some way, either by fishing intrusive flies, or by hooking and playing fish and starting a commotion.

The beauty of this approach is it causes the rest of the fish to “wake up.” If I catch fish on the last run with a heavy rig, I always make another quick run through with a proven lighter pattern. “Fishing behind” might even put the odds in your favor. Maximizing chances is also what it’s all about from a guide’s perspective. Between guides there is always an unspoken competition — they will go above and beyond to put you into fish. Although many pools of the Rio Grande have enough water to split between two anglers, you often see guides rotate you around and put you behind your fishing partner to cover the water again, with a different approach.

Alone, this would take much longer… not only to work the pool, but to find out what the fish are taking. By “teamworking” the pool effectively, on the other hand, you’re stacking the odds in your favor. And at the end of the day, the results will show.