Similar to last week, we started with rain in the lower stretches and there were serious storms in the Andes headwaters.

The rain bumped river levels by about an inch, while the water stayed clear and fishable with small flies. Through the week snowmelt from higher elevations significantly cooled water temperatures down low, affecting the fishing. The fish weren’t as grabby, especially during the early morning hours. By around noon, as the sun warmed the water, the fish started rolling and reacting better to our flies. Wind also played a role this past week, considering we had four days of 40+ mph gusts.

Most of our guests were Rio Grande veterans—experienced enough to know that patience prevails through tough conditions. That patience was rewarded whenever the fish gave us a chance.

The “Lucky Man Award” went to Mike, who landed three 20+ pounders. His monster 28-pound hen was so far the biggest of the season. It should be noted that Mike is no stranger to Villa Maria’s Wall of Fame. He landed the biggest fish of the season in 2008; a beautiful 27-pound buck. Nicely done, Mike!

Depending on light, temperature, and time of the day, we had success with a variety of flies. But if I had to choose winners, small weighted-nymphs and rubber-legs generally outperformed the rest. Leeches and Intruders remained the best options in low-light conditions. Skagit heads with short, heavy sink-tips produced the most strikes. And we’re currently fishing tippets in the lighter 10- to 12-pound range.

Largest fish of the week: 28 lbs 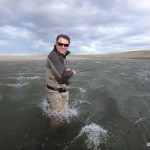 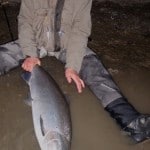 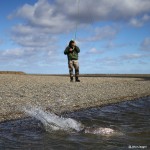 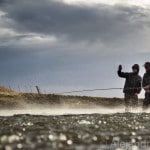 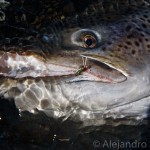 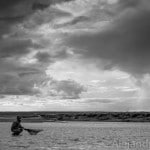 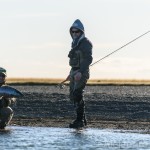 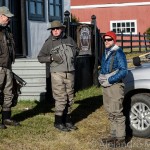 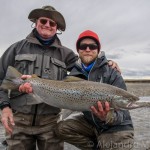 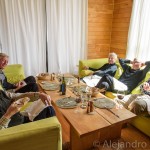 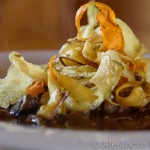