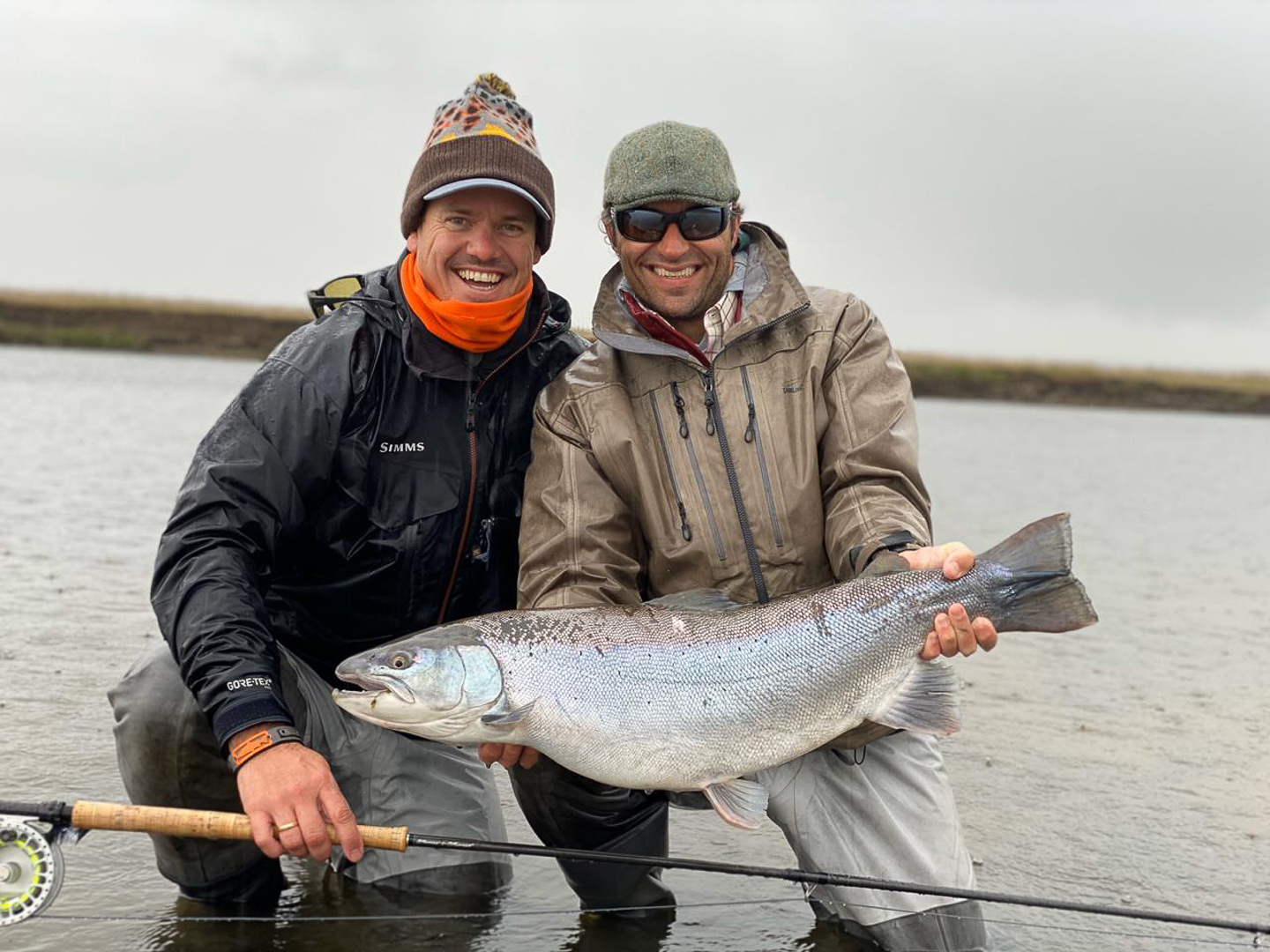 We just finished our second week at Villa Maria Lodge. Once again, the week was dominated by challenging weather, strong storms, and changing river conditions.

Our opening week concluded with heavy rains along the Rio Grande’s valley, all the way up to the Andes. This resulted in higher water levels and murky visibility. The low visibility seriously affected our first couple of sessions, and as a result, they were slow and difficult. The river began to show improving conditions during the second fishing day and the catch-rate started to pick up.

The weather was still a challenge during the week, with some daily showers that turned into some serious rain as the week went on. But, our anglers stayed on the river and gave it their all!

As the heavy rains subsided, the river level raised 20 cm and the visibility dropped to unfishable levels, mainly due to high levels of runoff entering the river via the Ona and Menendez Rivers.

I would like to thank all of the Kau Tapen crew and guides who received us and let us fish part of their water so Villa Maria guests didn’t lose a fishing session even with the complicated conditions.

With regards to the fishing, the tackle we used was the same as the opening week. Rods between 13 to 14ft were the best choice matched with intermediate Skagit heads. The sink tips of choice were around 10 to 12 ft and with fast sink rates like the T-14 or even the T-18. Again, the selection of flies varied greatly, depending on the pool and the angler.

Didrik caught several fish up to 18 pounds using small rubber legs, while Mark had most of his success on leeches. Speaking of Mark, he starred in one of the highlights of the week breaking his all-time personal record twice in the same day. Mark started the day off with a 21 lb female in the morning, and capped off the day by releasing a whopping 24 lb male!

Oliver took a short cut to a different area of the river, and landed another 24 lb male in his first trip to the Rio Grande. Hooking his fish at almost the same moment Mark landed his! Congratulations guys!

Finally, from all of our Villa Maria team, we would like to thank Mark, Louis, Lars, Didrik and Oliver for their great attitude, flexibility and patience, allowing us to adapt our schedules and fishing plans to combat the challenging fishing conditions.